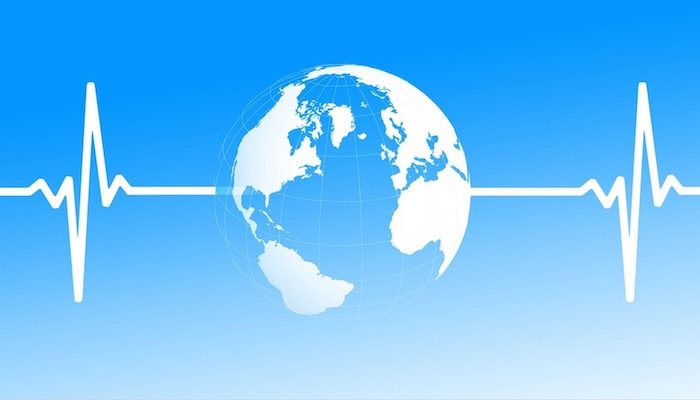 In April 2021, the UK Government announced large cuts to its support for global health programmes. Many of these programmes are directed to tackling serious disease and/or building public health systems. Cuts to other areas of Development are also in train as a consequence of the UK Government’s decision to reduce its overall aid budget from an agreed 0.7% of GDP (as previously legislated for by Parliament[1]) to 0.5%. In % terms the reduction may appear small: in real terms £4.37bn[2] is being excised from UK AID, with few concrete assurances as to when the reduction will be reversed. Hitherto a leader in the field of Aid and International Development, it is little wonder the Government has come under increasing pressure to reverse its decision. Spending is already below pre-pandemic levels because of the contraction in the UK’s GDP over the last eighteen months. The proposed additional reduction now will directly impact the character, quantity, and quality of health provision for some of the world’s most vulnerable.

My concern about the proposed reduction in the UK’s overseas aid budget falls under three headings. Much could be said on each.

Firstly, the policy will have a direct adverse effect on present and future levels of serious infectious disease. COVID has come as a stark reminder to us all that once a virus takes hold it is hard to bring it back under control. History confirms the same is true of other chronic conditions and transmissible diseases. It is only by sustained effort that serious diseases are stamped out. The UK provides its own sad narrative to confirm this truism.

Take the case of the Royal Free Hospital in North London. Founded in 1828 on its old site on the Mile End Road, from the outset this pioneering institution sought to provide free medical care for those who could not pay. In time it would become the only place offering women the chance of a career in medicine. The title ‘Royal’ was granted by the young Queen Victoria in 1837 in recognition of the hospital’s response to the cholera epidemic of 1832. The disease, which had appeared in 1831, had spread to London by February 1832. Though precise figures are hard to obtain, it is estimated that ca. 4000-7000 people succumbed to the disease in 1832-1833. The Royal Free Hospital (as it became known) was the only hospital to remain open during the cholera epidemics of 1849 and 1854. The hospital’s website states: ‘As the Royal Free expanded over the next century, its reputation for the management of infectious diseases grew. Three hospitals, the London Fever Hospital, the Hampstead Smallpox Hospital and Coppetts Wood Hospital, which were founded for the treatment of infections including smallpox, scarlet fever and diphtheria, [all] became part of the RFH group.’ Focus, coordination, and long-term medical oversight were pivotal in eradicating cholera from the UK. Add to these, the vaccination programmes and other public health measures (i.e., clean and sewage water systems, improved housing, an improved diet, and personal hygiene education) which have been developed and maintained over the last 175 years have meant the Royal Free – and all other hospitals in the UK – now see few cases of diseases many of them were founded to treat. The results have been an improvement of health in Britain and an increase in life expectancy. As the story of the Royal Free hospital makes clear, vision, compassion, philanthropy, and gritty determination have made the UK a leader in healthcare provision at home and abroad. This is a regal legacy worth protecting.

The story of malaria is arguably less encouraging – until very recently. Historians of medicine tell us that in the coldest period of the so-called ‘Little Ice Age’ (viz. 1564 to the 1730s) malaria was a common cause of illness and death in various parts of the UK. By the mid-19th century, when the recent warming trend became more established, cases of malaria began to decline, although it was endemic in the South of Britain until well into the 19th century. As a 2004 British Medical Journal article states: ‘Malaria in the UK is an imported disease but there is evidence that it was once indigenous.’ But, ‘The use of land improvement techniques, antimalaria drugs, and improvements in standards of living at the end of the 19th century were responsible for its decline and eventual disappearance.’ The article then adds sombrely: ‘It is postulated that global warming will allow malaria to establish itself in the UK.’ While Britain addressed the problem of malaria, outbreaks continued in Europe, with serious incidents in Italy in the 1930s (despite a Rockefeller Foundation anti-malaria initiative in the early 1920s) and in Greece in the 1950s. The WHO’s Global Malaria Eradication programme (1955-1969) was a success, with a virtual eradication of the disease in some countries and a significant reduction in places where the disease was endemic. However – and this is a recurrent phenomenon – reduced funding for the WHO programme was matched by an increase in the disease. Money makes medicine.

It took almost thirty years for a new, comprehensive and, crucially, sustained, malaria programme to emerge. During that time, malaria’s deadly grip tightened again on many countries around the world. Thankfully, the WHO’s ‘Roll Back Malaria’ (RBM) campaign, which was launched in 1998, attracted widespread support, including by successive UK governments. The results are clear. As recently as 2000, more than 1m. people were still dying annually from malaria around the world, but through RBM and other linked work (e.g., the Medicines for Malaria Venture) that number has more than halved. To achieve this, improved anti-malarial drugs, better local diagnostics, and widespread distribution of bed nets and vaccines, have all played their part. Even so, malaria-related deaths still occur. Many of them are medically preventable. Decisions to reduce overseas aid have a direct knock-on effect: people will die. With so many already dying from COVID, do we really want to see an increase in the statistics on deaths from serious disease?

One final example before I move on. The celebrity chef Mary Berry, the actors Donald Sutherland and Mia Farrow, and the singers Joni Mitchell and Michael Flanders (and many, many others) have one thing in common: they have all been afflicted by polio. A virus that enters through the nose or mouth and develops in the throat and intestines leaves its victims with a compromised central nervous system and/or weakened limbs. One in 200 infections lead to irreversible paralysis. Many polio victims die young. After an epidemic in the 1950s in the UK, when a programme of immunization was launched, 1961 still saw 707 acute cases and 79 deaths with an estimated 350,000 children world-wide paralysed by the virus per annum. In 2016 only 37 cases were recorded worldwide. By 2020, that number had returned once again to the 100s. UK Government support for tackling this treatable virus will be cut by 95% this year. Humanity’s susceptibility to contract diseases is, sadly, not matched by a shared commitment to mitigate their grim effects.

Secondly, to take the discussion in a different direction. The decision to cut support for global health seriously affects vital work on ‘Neglected Tropical Diseases’ [NTD], also (sometimes) known as ‘Diseases of the Poorest’. The WHO has identified at least 20 of these:[3] they affect an estimated 1.4 bn people worldwide per annum. Though mortality rates for these diseases may be low, many affected are left with a short- or long-term disability, which impacts their ability to earn money and live independently; hence, the deeper meaning of ‘Diseases of the Poorest’. Illness makes poverty. Tragically – if not, it must be said, ironically – NTD programmes have been among the most effective. Morbidity and mortality have plummeted. Fine work by local health professionals, billions of doses of medicines donated by pharmaceutical companies, and substantial financial support by many countries (including the UK), have helped to reduce greatly the incidence of these diseases. Justice, if not compassion or self-interest, should surely suggest a bias to those in our world who are – through no fault of theirs – disease rich and drug poor.

Thirdly, the UK Government’s decision to cut its overseas aid budget, fails to recognise the interconnectedness of research on infectious diseases. The Oxford Vaccine Group has been rightly praised for its speedy work on the Oxford Astra Zeneca vaccine, which has been foundational for Britain’s – indeed, the world’s – fight against COVID and its variants. But notice this: some of the most effective malaria drugs have come out of the laboratories in that developed the Oxford Astra Zeneca vaccine.[4]And, it is also no coincidence their partner in production of the malaria vaccine was the Serum Institute of India in Pune, the world’s largest manufacturer of the Oxford Astra Zeneca vaccine.  Vaccine expertise in Oxford and India has been built on work to treat infectious diseases endemic in many low-income countries. A major source of funding for this aspect of the work has been the UK’s aid programme. Well planted seeds produce a rich harvest.

The Oxford Vaccine Group has also been involved in developing a successful vaccine against Ebola.[5] Cast your mind back to 2014/5. There was significant concern at one stage during the Ebola outbreak that this deadly virus would leak beyond West Africa and become a threat to global health. That this did not happen was mainly due to the bravery and sacrifice of health officials and medics in other West African countries, especially Sierra Leone, Guinea, Liberia and Nigeria. The development of Ebola vaccines, including the one produced in Oxford, means that more recent outbreaks of Ebola in the Democratic Republic of the Congo and Uganda have been contained and mortality rates have been encouragingly low.

A clear link can be established, then, between the vaccine expertise built up in Oxford (with the support of UK aid funding) and rapid development of the COVID-19 vaccine. My point is simply this: how can we justify spending huge amounts of public money on confronting a pandemic while at the same cutting relatively small sums (probably less than £1 bn p.a.) from UK international health programmes when these programmes have also helped to build the expertise that is tackling COVID and working to protect millions of lives both in the UK and overseas? Investment need not be unilinear: it can be broadband both in concept and attainment.

Here is an arguably more parochial view of the problem that draws a similar conclusion. The pandemic has, it is estimated, cost Britain more than £500m per day over the past year. In other words, the UK Government and its citizens have corporately funded the businesses, homes and livelihoods, and crucially the NHS and other healthcare agencies, to the tune of in excess of £184.5bn. Having the Oxford Astra Zeneca vaccine as a UK product mitigates the impact of the pandemic both physically and financially. Health and the economy are both beneficiaries of this highly effective example of home-grown produce. Put into perspective, maintaining annual investment in global health research at even twice the daily cost of the pandemic (viz. £1bn) is justifiable, surely, given the self-evident benefits of this research in the UK and overseas in the last few months. Short-termism plagues politics: it also ruins research and the best kind of public ‘goods’.

Parochialism is rarely enough. If we are serious about tackling threats to global health, of which COVID is the most recent example (and more serious anti-microbial resistance to antibiotics possibly the next), we need to increase – or at least maintain – practical medical support and high-level research that is in the short-, medium-, and long-term of benefit both to the UK and elsewhere. The pandemic has begun to teach society much; perhaps the deep interdependence and mutual responsibility of state to state, community to community, and person to person, will ultimately prove of lasting, transformative significance. I certainly hope so.

[1] Declaration of interest: I was one of the sponsors of the Bill to enshrine in law the UK’s adoption of the long-standing international commitment to official development assistance (ODA) at 0.7% of GDP. This was first set out by the Pearson Commission in 1971.