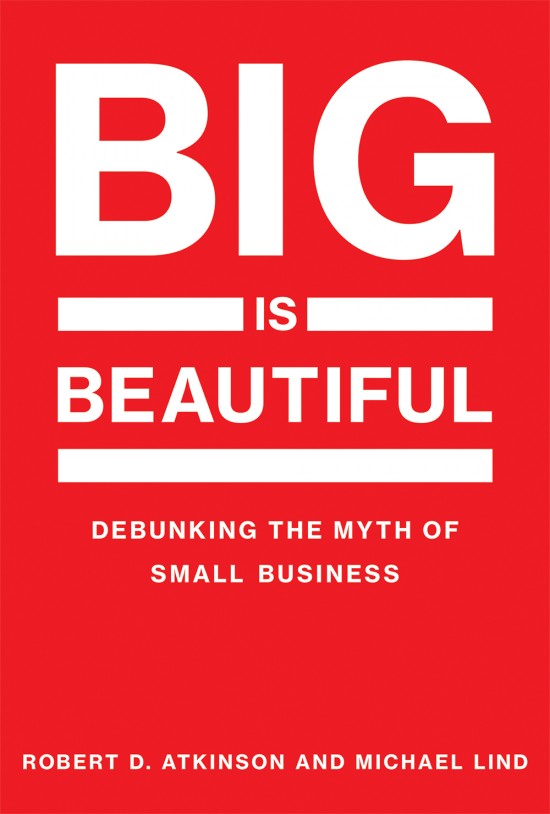 In Big is Beautiful: Debunking the Myth of Small Business (The MIT Press, 2018) authors Robert Atkinson and Michael Lind reject prevailing wisdom and provocatively reclaim size as a significant factor in business success. To some, COVID-19 has justified that claim, with small businesses struggling to survive and on-line giants gorging themselves on the profits of consumer boredom and every-day need. But is big beautiful? Or, to those craving a large market share or a stake in world affairs, is big always powerful? Coronavirus itself should surely give us pause for thought. Small – as small as a toxic virus – can be very, very, powerful.

I look out from my study towards the Vale of the White Horse in south Oxfordshire. On a Spring-like day (like today), there can be few more beautiful and unspoiled corners of the county, let alone the country as a whole. Beyond the low roofs of the old barns beside us, it is open countryside. Just fields, and (today) skylarks, woodpeckers, the occasional pheasant screech or startled partridge, and the cooing of a ring-necked dove. Like many, perhaps, my wife and I found ourselves over breakfast turning to statistics on coronavirus cases in our area. They are up again, just a little. But it only takes a little for this viral enemy to regain ground. This small thing is still very powerful; despite every sign of the sap already rising on another beautiful British Spring.

Sickness in the Vale of the White Horse is a theme in the early chapters of one of the best known and best loved ‘school novels’, Tom Brown’s Schooldays (1857), by the mid-Victorian author Thomas Hughes (1822-1896). A lawyer, judge, politician, and author, Hughes was born in the little weald village of Uffington, which nestles beneath a chalky Ridgeway five or six miles south of us. Tom Brown’s Schooldays is a semi-autobiographical account of Hughes’s time at Rugby [School], an elite private school in nearby Warwickshire, that was founded in 1567 (while Elizabeth I was still a young queen). As his novel records, Hughes was sent to Rugby at the age of 11, after fever ravaged a local school and small private institution he attended briefly. He remained at Rugby from 1834-1842 under the tutelage of the innovative educationalist Dr Thomas Arnold (1795-1842), who was Headmaster from 1828-1841: needless to say, Dr Arnold features prominently in Tom Brown’s Schooldays! Like many of us, Hughes learned lessons for life in the rough and tumble of life at school. As the novel records, bullies – iconically represented in the malodorous Flashman – are more than a nuisance: they live to prove that, if not always beautiful, ‘Big is best’ and may be bestial.

‘School stories’ were a popular genre in the late-18th and early-19th centuries. It is estimated no fewer than ninety such novels appeared between Sarah Fielding’s (1710-1768) The Governess, or The Little Female Academy (1749) and Tom Brown’s Schooldays in 1857. But it was Hughes’s novel that propelled the genre onto a larger stage, being turned into films and mini-series (1916, 1940, 1951, 1971, 2005) and inspiring in time the story of Billy Bunter at Greyfriars School, Mr Chips at Brookfield, the St. Trinian’s capers, and, most recently, the striking parallel of Hogwarts in Harry Potter and the Philosopher’s Stone (1997) by J. K. Rowling (b. 1965). Though a famous cricket match in the original was excised (as unknown and incomprehensible!), during the Meiji period (1868-1912) Tom Brown’s Schooldays was translated in part or whole in Japanese (1903, 1904, 1912; and 1925 & 1947) as arguably the most popular English language text for schools. And all traceable to a tiny village down here in rural south Oxfordshire. ‘Do not despise the day of small beginnings’ (Zechariah 4.10), is still timely wisdom from the lips of a 6th-century BC Old Testament prophet.

The abiding popularity of old stories, especially from what is for the majority an alien world, is striking; particularly if they are, as Hughes and his critics recognized, ‘a bit preachy’. What is it about the struggles of youthful development and rivalry, the idealism and exposé of antiquated disciplines and traditions, the book’s varied audience has found so engaging, if not inspiring? In part, I suppose that the palpably ‘good’ character, Tom, does not succumb when bullied by Flashman and burned before a raging fire to surrender a sweepstake ticket. Or, when he stands up for the frailer, feverish Arthur (who Dr Arnold ‘chums’ with Tom) in imitation of the cover afforded him, when he began at the school, by the worldly-wise older boy Harry ‘Scud’ East. Or delights when Tom and the quick-witted and comical Diggs bring down thug Flashman and his frightful cronies. It may perhaps even be in the other-worldly romance of seeing ‘young gentlemen’ forged and fashioned in a place where ‘Six of the best’ (caning) lived cheek by jowl with bedside prayers, courage on the games field and a clear expectation of a ‘Stiff up lip’ when events turn sour. Interestingly, the pragmatic Hughes – far more than a soft-rosy-eyed nostalgist for his old school! – was unrepentant about moral principles writ large in Tom Brown’s Schooldays (and its less successful sequel Tom Brown at Oxford [1861]). As he wrote in the Preface to the 6th edition:

Several persons, for whose judgment I have the highest respect, while saying very kind things about this book, have added, that the great fault of it is ‘too much preaching’; but they hope I shall amend in this matter should I ever write again. Now this I most distinctly decline to do. Why, my whole object in writing at all was to get the chance of preaching! When a man comes to my time of life and has his bread to make, and very little time to spare, is it likely that he will spend almost the whole of his yearly vacation in writing a story just to amuse people? I think not. At any rate, I wouldn’t do so myself.

Life is far too short, he is saying, to bother to avoid moral issues and the weighty matter of moral formation; and here is someone who got his hands dirty helping to establish the socially transformative British ‘Co-operative Movement’ (that continues today) and to create a principled, grass-roots community in Tennessee. He is right, of course. And we should be grateful for his reminder that literature (like life) speaks most loud and long when it does not deal with trifles but with issues of ultimate concern. For here, too, like a raging virus, ideas – however small – can have an extraordinary power to embed themselves in (our) consciousness and rattle around until faced. Small can, indeed, be powerful and at the same time very beautiful.

To those who despair that flashy bullies and political bullying seem to be in the ascendant again around the world today, Tom Brown’s Schooldays, and the window it opens onto ancient wisdom, offers unexpectedly practical, if not inspirational, comfort. Strip away the sepia hues of this mid-Victorian tale and you find bracing counsel not to be cowed by threats, not to compromise principle, to stand up for the weak and to face down abusers and tyrants, tyranny and oppression. We may not relish the social unrest supporters of Navalny, and opponents of the Burmese military has awakened, but we should not forget that when truth is determined by power it may be lost in the process. One small voice may keep truth alive.

If we doubt small is powerful, what about this vivid pictorial portrayal of practical wisdom from Proverbs 30: 24-28:

Small but extremely wise. Ants who plan ahead. Conies (technically, Hyraxes), those famously nimble, rabbit-sized mammals with squat bodies and padded feet, that avoid lowland risks. Locusts who surrender individuality to communal endeavour. And wily lizards who inveigle their way into the most unlikely places. Wisdom at work in small, powerful ways to outwit the hunger and plunder, pride and bombast that bring so many ‘big’ people and projects crashing down. Flashmen and flashwomen beware! Small things can bring sickness: they can also bring health … as the countless vials of COVID vaccines spreading (too slowly) round the world again remind us.

Come back to Tom Brown one more time, a narrative originally published simply by ‘an Old Boy of Rugby’. Like many good stories, Tom Brown’s Schooldays is memorable not only for the sweep of the narrative and its evocation of an ideal and an era, but also for singular incidents that shine like diamonds with scintillating clarity. The early chapters as he rides the Ridgeway south of us and reimagines the Saxon and Norman residents before him. The incident in front of the fire. And the time Tom and a friend are watched by an admirer (and friendly groom) as they race to keep up with a horse and carriage:

Old Blow-hard looked on admiringly. ‘See how beautiful that there un holds hisself together, and goes from his hips, sir,’ said he; ‘he’s a ‘mazin’ fine runner. Now many coachmen as drives a first-rate team’d put it on, and try and pass ’em. But Bob, sir, bless you, he’s tender-hearted; he’d sooner pull in a bit if he see’d ’em a-gettin’ beat. I do b’lieve, too, as that there un’d sooner break his heart than let us go by him afore next milestone.’

Innocent pleasure in the Springtime of life. Goodness casually, but lavishly, distributed. Beauty in small things. For if big is not always beautiful, and small can be very powerful, beauty can be seen in the next singular act that shines like a diamond or that precisely painted piece of miniature porcelain I picked up in a back street years ago in Beijing.