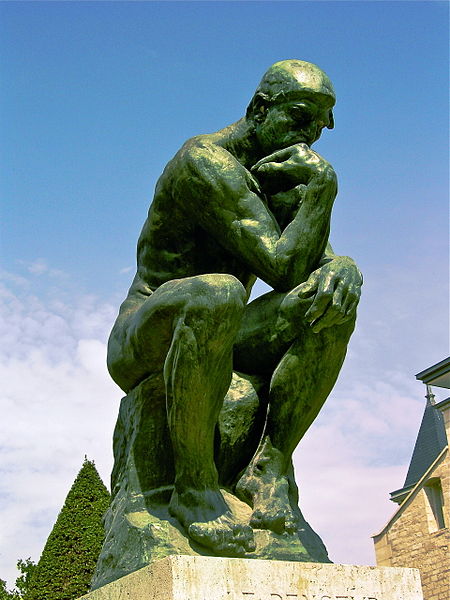 Biography, yes: autobiography, I am not so sure. The cult of ‘celebrity’ is now so diffuse and indiscriminate that even minor luminaries are, it seems, paid – or willing! – to spill all in the pages of shiny covered books (usually with rather corny or racy titles). I can understand the value and attraction of a world-famous politician or sports person – whose personal insights shed a unique light on (their) life – recording their memoirs for posterity. But the scandals and indiscretions of young people many have never heard of? … may be not. Even the supposedly ‘respected’ voice is, though, now tarnished with suspicion that they have written (or, more likely, ghost written) their story to safeguard their integrity and reputation from a marauding media, or desperate writers’ guild. To the more (or over) confident author, an autobiography offers a quick route to strengthen a claim to ‘celebrity’ or give readers new reasons to reckon the writer ‘celebrated’. Of course, biographies – crafted it now seems increasingly to defend or discredit the subject – are just as susceptible to the suspicion of manipulation or the mating-call of a hefty serialization fee. The British actor, wit, and erstwhile social commentator, Stephen Fry, has not been slow to set autobiographical pen to paper. His first (sic) autobiography Moab Is My Washpot (2010) may leave some readers scratching their heads, but you cannot fault him for the catchiness of his title! Use of a vivid theological image from an Old Testament Psalm (60.8) is one way of reinforcing a general theme in his writings, his hostility towards religion. Like many celebrities, he has his audience. Alas, ‘celebrity’ is not synonymous with inner ‘harmony’.

Words are merely buckets. We fill them with meaning. In a contented and coherent culture, the meaning and use of words is consistent. People know and agree what is meant by them and use them accordingly. In a dysfunctional, or transitional, environment, words are as vulnerable as a life to biographical bias and autobiographical preference. So, the word-bucket is empty until filled with my meaning. We no longer agree or accept a given meaning; least of all one deduced from an ancient text. In fact, I fill my bucket with my meanings, and if you don’t like them, I will pour my bucket all over you! Words become weapons. Peaceful, coherent communication becomes impossible. The loss of authoritative, unitive, texts to standardize meaning contributes to the chaos of our contemporary world. For 1500 years the Bible acted as the thesaurus of Western culture, providing an agreed set of meanings for fundamental categories in life. Justice, peace, love, truth, the nature of life, family, and human identity, were interpreted and evaluated by reference to the Hebrew-Christian scriptures. The Confucian Classics fulfilled a similar role in the Orient, likewise the Upanishads in India, and the Qur’an in the Muslim world. ‘Holy writings’ are like that: they do more than speak of God, they give language and meaning to a society, its cultural forms and norms. Biblical illiteracy has compounded Western ills. Taken out of context, the words ‘Moab is my washpot’ are at best amusing, at worst mysterious, tenuous, or just plain odd.

One of the most noticeable shifts in biography and autobiography in the last thirty years or so is a readiness to admit pain, hurt, abuse, failure even. Vulnerability is power. Pain authenticates. Gone are the days when a ‘celebrity’ was (naively, perhaps) elevated by the public as an icon of strength, rectitude, respectability, and responsibility. A ‘celebrity’ nowadays admits more than ‘clay feet’: the whole fabric of ‘celebrity’ is fragile, and lives that claim the term sadly often very much more so. But though their stories be catalogues of catastrophes, they lay claim to define the terms in which culture/s express and evaluate themselves. They claim to fill the void of life. They pour the meaning of their words into the empty buckets of fawning fans. They presume to give another life their meaning. Some may find in Fry’s Moab Is My Washpot grounds to never read another ‘holy book’ (!), so letting the meaning of the phrase be determined by ‘celebrity’.

The Book of Psalms has another striking phrase to describe what is happening here: ‘the gods of the nations’ (Psalm 96.5) is used of the pagan idolatry of Israel’s ‘Ancient Near Eastern’ neighbours. ‘National gods’ have a long history. To the Canaanite gods surrounding the Jews in Canaan – the Philistine Dagon, Moabite Chemosh, Sidonian Ashtoret, Edomite Qos, and Babylonian Marduk – we might add the Japanese Amaterasu, Aztec Huitzilopochtli, Inca Inti, Mata Itzamna and Slavic Perun, and so on. These are ‘the gods of the nations’. It is over such that Yahweh in the Hebrew Bible ‘casts his shoe’, treating Moab as his ‘washpot’ (Psalm 60.8). This is no laughing matter. It is faith’s bold, theistic counterclaim to idolatrous error and atheistic anger.

We catch a glimpse of this revaluation of cultural norms at the start of Augustine’s (354-430 CE) The City of God (426 CE). Recalling the sack of Rome by the Visigoths in August, 410 CE – and the mockery of Christians in their suffering – Augustine taunted his pagan neighbours to show where their gods were ‘when such things happen to them’ (Bk. 1.29). These ‘gods of the nations’ are, he urges, useless: ‘After all, it is to escape from such evils that they worship their gods – or maintain that they should be worshipped’. To Augustine, if you like, the word ‘god’ is a bucket: the question is, what meaning do you put into it? To him, the ‘gods’ of Rome were no gods at all, for there was no substance in them. He contrasts them (like Psalm 96.5) with ‘the Lord [who] made the heavens’, the sovereign creator and Lord of all. Here’s Augustine:

My God is present everywhere, and wholly present everywhere. No limits confine him. He can be present without showing himself: he can depart without moving. When I am troubled with adversity, he is either testing my worth or punishing my faults. And he has an eternal reward in store for me in return for loyal endurance and temporal distress. But why should I deign to discuss your God with people like you? Still less should I speak with you about my God who ‘is to be feared above all gods; since all the gods of the nations are demons (idols); while the Lord made the heavens’.

This is classical theism at work, manifest in all the main religions, in which there is one true ‘celebrity’ whose words and works are worth studying and recalling. Few grounds can be given for justifying such a claim – except, perhaps, the comparative counterclaim Augustine makes: What, and where, are your gods? What character, content and power do you ascribe to them?

We may smile at a meaning falsely ascribed to ‘Moab is my washpot’, but societies that have lost the ‘grammar of assent’, and the ability to agree what words mean, are vulnerable indeed. The ‘gods of the nations’ – from celebrity to money, beauty to technology – are not innocent. ‘National gods’ have terrifying potential. As the Swiss psychiatrist and psychologist Carl Jung (1875-1961) wrote in 1936 of Wotan, the Germanic god of the storm, as the tide of German nationalism was rising around him: ‘[But] what is more than curious — indeed, piquant to a degree — is that an ancient god of storm and frenzy, the long quiescent Wotan, should awake, like an extinct volcano, to new activity, in a civilized country that had long been supposed to have outgrown the Middle Ages.’ And, he adds, tellingly:

I venture the heretical suggestion that the unfathomable depths of Wotan’s character explain more of National Socialism than all three reasonable factors [economic, political, and psychological] put together. … This is a tragic experience and no disgrace. It has always been terrible to fall into the hands of a living god. Yahweh was no exception to this rule, and the Philistines, Edomites, Amorites and the rest, who were outside the Yahweh experience, must certainly have found it exceedingly disagreeable. … We who stand outside judge the Germans far too much, as if they were responsible agents, but perhaps it would be nearer the truth to regard them, also, as victims.

In simple language, Jung – like Augustine and the Psalms – is warning us, ‘Choose your god/s wisely’! Human idols have a bad track record. ‘Celebrity’ is no remedy for psychological, social, relational, or global ‘disharmony’. We must look elsewhere for ‘peace’ – and for the true meaning of words.