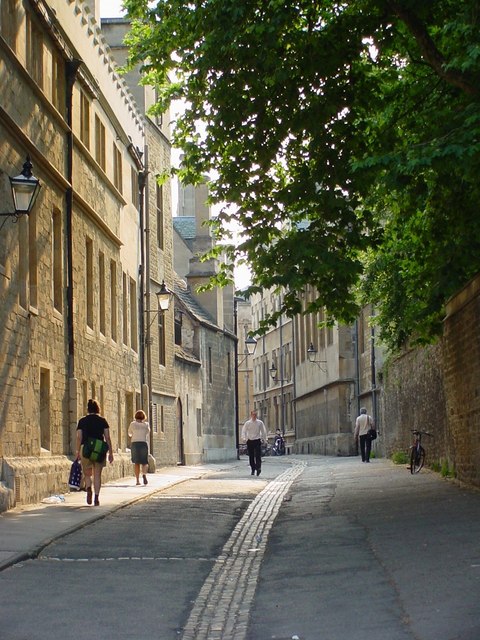 When I was grading a paper for a gifted graduate student from India this week, I found this provocative quotation from an article on the leading Indian theologian M.M. Thomas (1916-1996): ‘Human efforts to solve human frustrations on human merits are bound to be a failure. Ideologies which dispose of specific evils propound evil by their own egocentric power structures.’ It set me thinking. ‘Human efforts to solve human problems increase them?’ Oh, really?

‘We expect 25% of our students will require some kind of counselling in the coming year, in addition to informal support provided by the college.’ I was stunned. I was speaking to an old friend in Cambridge. When I relayed the conversation to a counterpart at an Oxford college, they were not in the least bit surprised. ‘Help!’ captures well the cry of many.

Modern life, as the pandemic has vividly confirmed, is pressurised. For a host of reasons – attracting the attention of a wide range of professionals – student life has become a cauldron of conflict, angst and ambiguous expectation. Press Association data in 2020 revealed an increase in dropout rates in British universities in the previous five years. In January 2020, The Times reported 6.3% of (young) full-time students had dropped out in 2016-2017, up 5.7% on 2011-2012. In the USA dropout rates are said to be ‘at crisis level’ with 40% of students who began their course in 2012 not gaining a degree within six years. That figure increases to 60% for students at two-year community colleges and at for-profit four-year schools. This is serious stuff. Lives blighted before they have barely begun.

So, what’s to be done? Some people have proposed the Buddhistic practice of ‘mindfulness’ as a reflective panacea for the pressured ills of a 21st century life. Let’s see.

But first, lest young people be wrongly singled out as susceptible to anxiety and societal pressure, arguably even more troubling than student dropout rates are recent statistics on suicide. The UK Office for National Statistics (ONS) cited suicide in 845 (or 6.9% per 100,000) of the deaths recorded during the height of the first wave of the pandemic (April-June 2020). On average twelve men now kill themselves each day in the UK. But Britain is not unique, or even exceptional, in its suicide rates. In the last few years, out of 100,000 deaths recorded, the worst suicide rates in Northern and Central Europe were in Lithuania (31.9%), Russia (31%), Belarus (26.2%), Kazakhstan (22%) and Belgium (20.7%), where laws on assisted suicide are more permissive. Further afield, high rates of suicide are recorded in Guyana (29.2%), South Korea (26.9%) and Suriname (22%). Even purportedly ‘happy’ Bhutan has a suicide rate (per 100k) of 11.4%. Suicide is, very sadly, the preferred way out for many from their present experience of a living death. Help is desperately needed here, too.

It’s noteworthy, surely, that low suicide rates are recorded in two rather unexpected areas of the world: i. the Caribbean islands, with Antigua and Barbuda, for example, having 0.8% and 0.5% respectively, and ii. conflict regions, such as Afghanistan (4.7%), Iraq (3%) and Syria (1.9%). The prominence of religiosity and low depression rates in the Caribbean may explain low suicide rates there: the threat to life in conflict regions – and a heightened will to live – should, surely, make us all sit up and think. Two other statistics to ponder perhaps: i. China, in part because of the size of its population, has the highest number of suicides in the world per annum, but, in contrast to the UK (and other Western countries), a majority of these suicides are women; ii. in the USA, which recently recorded 15.3% of its deaths as suicides, 23.6% of these were men and only 7.2% women. There is much to ponder here. Existential realities are good purgatives for blocked minds. Crises show up our cracks.

Come back to ‘mindfulness’. Surely, we might argue, anything that helps to rebuild a broken life or renew a sense of vision and value in an anxious mind, is worth considering carefully. Many in the last thirty years or so ago have looked to ‘mindfulness’ as an answer to medical, societal, neurological and psychological ills; to say nothing of ‘mindfulness’ programmes in executive and military training, and in other pressurised front-line settings. It has become big business. Here’s Ronald Purser, writing (sceptically) in The Guardian, on the putative power of ‘mindfulness’ to ‘help us cope with the ravages of capitalism’:

Mindfulness is said to be a $4bn industry. More than 60,000 books for sale on Amazon have a variant of ‘mindfulness’ in their title, touting the benefits of Mindful Parenting, Mindful Eating, Mindful Teaching, Mindful Therapy, Mindful Leadership, Mindful Finance, a Mindful Nation, and Mindful Dog Owners, to name just a few.
(‘The mindfulness conspiracy’, 14 June 2019)

To be sure, the credits ‘mindfulness’ initiatives (of some kind or other) claim are impressive; from pain management to stress reduction, from ‘acceptance’ in cognitive therapy analysis (CTA) to ‘intervention’ and trauma treatment in de-activational psychotherapy, from simple breathing techniques (to enhance focus and reduce tension) to a wide range of named therapies for substance abuse, family dysfunction and suicidal thoughts, ‘mindfulness’ has been awarded many honours and attracted many followers. In the so-called ‘contemplative turn’ in Elementary and Secondary schools in the USA over the last decade or so, ‘mindfulness’ programmes and foundations have been established as aids to counter student stress and nurture responsible citizenship. But, as Purser’s article illustrates, ‘mindfulness’ (in all its myriad forms) has not received unqualified acclaim nor always achieved its promised or expected results. It needs to be ‘handled with care’. But let’s be clear, before cynicism and scepticism run rampant, in the face of domestic violence and soaring suicide and educational dropout rates, any help is almost certainly better than none. Human efforts can solve human problems. The adequacy of them is the issue Purser raises.

What, then, is ‘mindfulness’ and how might it be calmly and critically assessed? Can it, or better, does it, really do ‘what it says on the tin’?

Historically, ‘mindfulness’ traces its roots to sati, especially sammā-sati, in early Buddhism. Sati is the power (Pali: bala) of a moment-by-moment awareness of self and the present, whereby every form of delusion (Pali: moha), distraction or will to destroy are neutralised on the path to personal purity, ‘emptiness’ and Nirvana (Pali: nibbana; Lit. the ‘blowing out’ of the fires of rebirth in samsara). As such, sati enables vipassana or ‘insight’ – working in harmony with samatha (Lit. tranquility of/in the mind) – into the true nature of reality and human experience. In this process (pace the ‘three marks of existence’), the impermanence and vulnerability of all material reality, including the ‘self’, are perceived. Only thus, classical Theravāda Buddhism and modern forms of vipassana meditation hold, is true ‘liberation’ attained. Sati, or ‘mindfulness’, comes after Zen Buddhism’s ‘Four Noble Truths’ as the seventh element in the ‘Noble Eightfold Path’. In pursuit of sati – through sitting (Chinese: zazen) in silent ‘serene reflection/illumination’ (Japanese: Shikantaza) and controlled breathing (Ānāpānasati) – the practitioner suspends thought and judgment, to let words, ideas and memories pass unclaimed and unnamed. The effect is a deepening engagement with, or transformative actualization of, the self. Drawing on the so-called ‘five aggregate model’, or charting, of subjective sensory experience (as it engages material form, feeling, perception, volition and consciousness), the mind is enabled to [re]connect liberatingly with both the past and the present. So, a mind is calmed, a situation reframed, a new future imagined, a life (potentially, at least) reborn. What could be better!

The path from (varied forms of) classical Buddhist thought and practice to contemporary use and interpretation of ‘mindfulness’ is complex. Along the way, as the pioneer of much medical application of ‘mindfulness’, Jon Kabat-Zinn (b. 1944), has noted, modern usage (not least, his own) owes as much to the American philosopher-naturalist Henry Thoreau (1817-1862), to the ‘Transcendentalists’ Ralph Waldo Emerson (1803-1882) and Walt Whitman (1819-1892), and to the student and proponent of universal ‘religious experience’ William James (1842-1910) – and, crucially, the inspiration they found in Indian philosophers Ram Mohan Roy (1772-1833), Vivekananda (1863-1902) and the ‘Brahmo Samaj’ (fr. 1861) of Pandit Nobin Chandra Roy (n.d.) – as it does to the 19th century Theosophical Society, the popularization of Buddhism in the West by D.T. Suzuki (1870-1966), and Kabat-Zinn’s own training in Zen Buddhism by Philip Kapleau (1912-2004) and Vietnamese monk Thich Nhất Hanh (b. 1926). From this eclectic mix Kabat-Zinn developed his influential ‘Mindfulness-Based Stress Reduction’ (MBSR) programme from which other therapeutic techniques have drawn much. From prisons to the Board room, psychiatrists’ couches to pulpits, military training to neurology, ‘mindfulness’, as a practical meditative method to focus and liberate the mind, memory and emotions, has gained a large (lay and professional) following. Help is, it seems, at hand, which only the churlish, fearful, or defensive would reject out of hand.

But ‘mindfulness’ has had its critics from inside and outside the predictably sympathetic spheres of counselling, psychotherapy, and other forms of medical and professional practice. Three criticisms stand out. First, its ambiguous nomenclature: in other words, that modern use of the term ‘mindfulness’ (despite practitioners’ claims) bears little or no relation to classical Buddhism in either its Theravada or India Mahayana forms. Rather, it is argued, the term has been co-opted and commercialized by Westerners desperate for peace or eager for profit. The reduction of ‘mindfulness’ to ‘stress management’ is, to critics and experts, egregious reduction and distortion of sati from its original role as an instrument of wisdom, social harmony and altruistic care. Second, ‘mindfulness’ has, for some, been narcissistically commoditized – some even speak of ‘McMindfulness’! – as a cynical mechanism to harness the commercial potential of postmodern desperation. The American psychologist Thomas Joiner (b. 1965), an expert on suicide, is not alone in identifying the potential of ‘mindfulness’ to promote rather than reduce psychological negativity through excessive introspection. Third, critics point to a lack of scholarly rigour in much of the practice and evaluation of ‘mindfulness’. With professionals and practitioners often self-reporting, objective external assessments are, it is claimed, often in short supply. A self-referencing methodology smacks of ‘finding what one is looking for’. Significantly, American educationalists have been slow to claim much success (in terms of anger management, stress reduction and mental focus) from ‘mindfulness’ programmes in schools. Help? Well, may be some … a little? To some, much.

Come back to my title this week, On ‘mindfulness’: human and divine. I was drawn to re-examine ‘mindfulness’ because of the striking counter-note struck by Judeo-Christian tradition. Here’s Old Testament Psalm 8, as it celebrates the majesty of the Almighty, ‘What is man (Lit. people) that you are mindful of him. The son of man (Lit. a person) that you care for him?’ To the eye of faith here, God’s ‘might’ does not mean God does not care. Quite the reverse: it is because Jahweh is ‘Almighty’ he is able to care. If human ‘mindfulness’ risks introspective narcissism, this divine ‘mindfulness’ is gloriously altruistic. To the crushed and needy, weary and sad, the better news is, I suggest, that help is available not through ‘self’ but through another, not by turning inwards but looking outwards, not by relying on human wisdom (however generously conceived) but on another kind of divine wisdom and love that is always at hand. At the start of Christian ‘Holy Week’, this paradigm is memorably personified in the crucified Christ. Sadly, the New Testament recalls, only one of the criminals killed with Jesus called out through his pain, ‘Lord, remember me’ (Luke 23. 42). In the hour of death, he looked elsewhere for help: that ultimate human problem has no human solution.