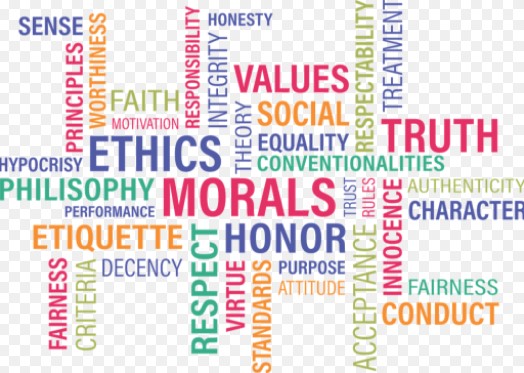 Values. World Values, even. These are BIG issues. How on earth do we begin to address them?

Let’s start in the shallows. What do you value? Health, happiness, business success and a good name used to be front runners, but priorities are changing. A good selfie and an enviable list of friends and followers on Twitter, LinkedIn or Facebook are now, it seems, a sufficient horizon of ambition for many. To others, the next holiday, a perfect (or fake) tan and a sweaty workout in the gym, will do. To others, doing ‘deals’ – no matter what or how – to outsmart rivals and buy a bigger, blacker car than theirs, is the ticket. Sadly, even ‘goods’ linked to rescuing the planet, nurturing (social) responsibility, and confronting poverty of every kind, become dirty tools to advance an ambitious reporter’s career or useful PR for an aspirant politician or weary diplomat. Personal values are now, it seems, fluid and flexible, optional and ambiguous, saleable and purchasable, commodities traded at a local convenience store. How sad. How dangerous, too, for people, profit, and our poor old planet.

Again, I ask, what do you value? Put another way, if held up to scrutiny, or put up for sale, what price would you put on your values? Above all, what price is life itself to you?

Perhaps you have seen the recent advert for the BBC World Service. Voices from around the world praise its perspective and coverage, stimulus and, simply, its value for them. Life the poorer without it. For decades, the BBC’s international broadcasts offered expat Britons, and English speakers in far off places, a shortwave lifeline to national and international news, the aroma of Earl Grey tea, the clip of willow on a cricket ball, and the stir of faded chintz. In his 1932 Christmas Day broadcast, King George V (1865-1936; r. 1910-1936) spoke of what the then British Empire Service offered those ‘so cut off by the snow, the desert, or the sea, that only voices out of the air can reach them’. My wife recalls the joy it brought her newly arrived, and recently wed, parents in the ‘White Highlands’ of colonial Kenya.

Over the decades, much has changed in what to some should never change. Launched as the British Empire Service on 19 December 1932, and expanded from November 1939 as the British Overseas Service, the BBC World Service has over time increased its reach and grown its language base. By May 2015, an estimated 210m people listened in every day, via radio, TV and on-line, to broadcasts in more than twenty-five languages. But for a brief war-time excursion to Bush House, Broadcasting House in central London was headquarters to a radio network valued – as the recent advertisement reminds doubters and UK taxpayers, who now part-fund the operation – by millions worldwide.

Throughout its life, in all its varied phases, languages and cultural varieties, the aims of the BBC World Service have been clear: to be ‘the world’s best-known and most-respected voice in international broadcasting … bringing benefit to the UK, the BBC, and to audiences around the world’, while retaining a ‘balanced British view’ of global issues. For many listeners, the value of the World Service is the values it upholds in its quality broadcasting and balanced perspective. Like royalty, philanthropy, the Academy and military, the BBC World Service has by nature and intention embodied values. But when the world, like taste and beauty, changes, so do values. Thought leadership seeks to keep ahead of the curve: it often fails, its values crushed by the heavy tread of powerful rivals. And, anyway, values in our postmodern world are intensely private, aren’t they? Unless, that is, you question ideological norms that claim pre-eminence. For, to be clear, the issue isn’t Are there values? Nor even, do we have values? But what are the world’s values? And what price do we, or others, really put on them?

The history and activity of the BBC World Service shed light on the issue of ‘values’. Speaking at its launch, Sir John (later Lord) Reith (1889-1971), the visionary Director General of the new British Empire Service, was characteristically candid: ‘Don’t expect too much in the early days; for some time, we shall transmit comparatively simple programmes, to give the best chance of intelligible reception and provide evidence as to the type of material most suitable for the service in each zone. The programmes will neither be very interesting nor very good.’ Acquiring value takes time. But like the mustard seed of Jesus’s parable (Mark 4.30-32), over the years many nations and languages have ‘nestled in the branches’ of the World Service. Programmes in Arabic came first (3 January 1938), in German soon after (29 March 1938). The diplomatic, political, and military potential of the BBC’s new ‘External Service’ was clear from the outset. For decades, this prestigious ‘Crown Corporation’ was funded from the Foreign and Commonwealth Office budget. Broadcasts went out in most European languages – like Radio Londres, which famously helped the French Resistance – by the end of 1942. With the opening of new relay stations in Malaysia, Cyprus, Ascension Island (serving Africa) and Masirah, Oman, the BBC World Service began on 1 May 1965. A British way of seeing things broadcast skilfully and unselfconsciously world-wide. A valued service promoting values.

But times, technology, priorities, interests, and traditions – like values – change. After years of expansion (and with English now widely understood), in 2005 the BBC cut programmes in Bulgarian, Croatian, Czech, Greek, Hungarian, Kazakh, Polish, Slovak, Slovene and Thai, redirecting funding to its new radio and TV service in Arabic and Persian (from 2007). Then, in November 2016, in its biggest shake up since the war, the BBC renewed its commitment to the world, adding programmes in Amharic (Ethiopia) and Igbo (Nigeria, Equatorial Guinea). World affairs clearly shaping the style, and rationale of change. For the BBC World Service must now tout her distinct wares in the cut and thrust of a competitive media marketplace and risk being caught in the crossfire of our postmodern ideological and political warfare.

To go deeper. In our perilously fragile world, values – particularly media values – matter more than ever. Reporting tragedy can increase risk. Take the BBC World Service’s report (Sofia Bettiza, 5 May 2020) on the Sicilian mafia’s predatory philanthropy towards victims of the pandemic. The weak are desperate for help. As one man explains, ‘Right now, my business is sinking. And when someone throws a life vest at you, you can either choose to drown with your ideals, or swim.’ Nicola Gratteri, an anti-mafia investigator and prosecutor in Calabria, is clear: ‘The aim is to gain credibility and to step in as an alternative to the state.’ Enza Rando, another anti-mafia specialist, expands: ‘The mafia has never done anything out of generosity. That concept doesn’t exist for them … All they know is “I’ll scratch your back if you scratch mine”.’ What ‘value’ mafia philanthropy? What real value this cynical ruse to enslave, as practised by sharks, thugs and Chinese ‘snakeheads’ worldwide. What value in reporting it? Does it foster life or encourage copy-cat thuggery? Editors face tough decisions. And, anyway, who pays them? Are their values up for sale? Are such questions even allowed?

Here is another example to ponder. On 25 February 2014, the BBC World Service broadcast ‘Guantanamo Voices’. The 30-minute documentary includes testimony from ex-inmates of the US detention camp in Cuba, Guantanamo Bay (Gitmo, to some). From its opening in January 2002 – as President George W. Bush’s (b. 1946; Pres. 2001-9) response to the 9/11 attack on the World Trade Center, New York – to January 2021, 780 people were held there, often without trial or explanation, of which 9 died and 731 were transferred. Reports on how and why people were detained have raised awkward questions. In one Associated Press story (31 May 2005) a detainee reports being seized by ‘mafia’ operatives en route to Europe and then ‘sold to Americans’. ‘It’s obvious’, he is quoted as saying, ‘they knew Americans were looking for Arabs, so they captured Arabs and sold them – just like someone catches a fish and sells it.’ Why? Indiscriminate retaliation demonstrates invincible resolve. But what value life here? As little as you will accept. The price of a fish? A 2006 report by the ‘Center for Policy and Research’ of Seton Hall University Law School (Newark, NJ) found that despite the Bush administration’s claim that most detainees were captured fighting in Afghanistan, of 517 inmates in Guantanamo in 2005 ‘over 80% of the prisoners were captured not by Americans on the battlefield but by Pakistanis and Afghans, often in exchange for bounty payments’. ‘What price a life?’ has a sombre ring here. ‘Bounty Hunters’ have always filled prisons, but does that justify the practice? The US counterterrorism ‘Rewards for Justice’ programme (est. 1984) has paid an estimated $145m. for information to prevent terrorist attacks or to bring perpetrators to justice. The costs of the ‘War on Terror’ were high indeed. Osama bin Laden had a $3m price tag, his son Hamza $1m. But does reporting Guantanamo promote or prevent peace? Is the ‘value’ of government transparency always justified? Are more lives saved or lost when detainees become martyrs and detention a prize? And do our values – or, of course, ideological norms claiming pre-eminence – admit such questions?

Let me end with another issue close to my heart, the cost and quality of stringed instruments. A strange way to end? Not really. Values are as important – and as fluid and twisted – in the Arts as they are in reporting news and ‘valuing’ life. To outsiders (and many insiders, too!), prices paid for violins by Antonio Stradivari (1644-1737) and Giuseppe Antonio (del Gesù) Guarneri (1698-1744) are ludicrous; particularly when few professionals can confidently distinguish their sound from that of newer instruments. But pay they will: €1m. in 2013 for ‘Dorothy Delay’ by Giovanni Guadagnini (1711-1786), €1.5m. in 1998 for Stradivarius’s 1727 ‘Kreutzer’ violin, €1.7m. in 1990 for his ‘Red’ or ‘Mendelssohn’ violin, €1.8m. in 2012 for Guarneri’s ‘Folinari’ and €16m. in 2016 for his ‘Vieuxtemps’, €3.54m. in the same year for Stradivarius’s ‘Hammer’ violin and €11m. in 2011 for his ‘Lady Blunt’, sold to fund relief efforts in Japan. Prices that astound many and exclude most. But, as ever, price does not equate to value. To those who love, or are privileged to play, these instruments, they are worth so much more than their price tag. Likewise, surely, American, Arab, and Afghan lives bartered to bounty hunters, integrity ransomed to mafiosi, and programmes that opened, or open, horizons long forgotten, or perhaps, never known. No price can be put on these; nor, indeed, as Christianity reminds the world, on the value of a ‘soul’ (Mark 8.36). For, it is in the soul that more than passing human values are conceived: there lasting godly virtues form.

My medical father had many interesting patients, a number were leading figures in the Arts. One was a famous violist. Bucking what he saw as the ridiculous veneration of named instruments and instrument makers, he played his ₤10 viola to great applause to the end. Domineering values deserve courageous countering. Quality, like true virtue, will always out.