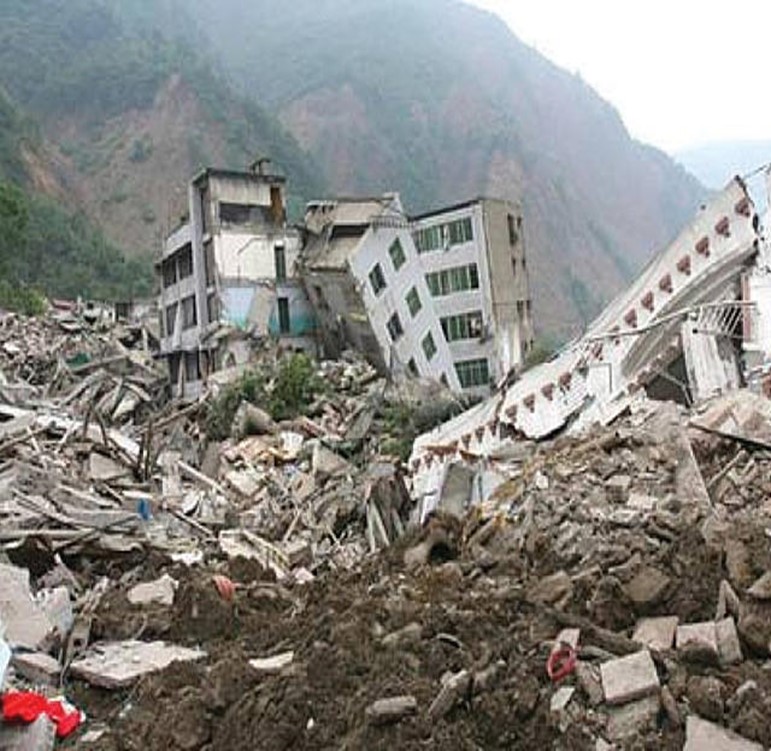 This is the first of three ‘Weekly Briefings’ on my experiences teaching and advising in China on the ‘rule of law’ and ‘civil society’. In this first ‘Briefing’, I reflect on my first five years of visiting China, from 2008-12.

On 15 May 2008, the Great Earthquake of Sichuan Province hit Southwest China. At almost the same time I was addressing an international gathering of leaders of nonprofit organizations at a conference sponsored by the University of Berlin and the Berlin Center for ‘civil society’. Shortly after my talk, I was interviewed on Chinese Central Television (CCTV) on the role of ‘civil society’ (i.e. ‘third sector’ philanthropy and other independent, non-governmental initiatives) in recovery and relief efforts. Within a day of the earthquake, churches across China had coordinated their response (through a Christian umbrella organization) to send relief workers to the disaster area in Sichuan. Shortly afterwards, the Chinese military was mobilized to do the heavy work that could not be done by nonprofit organizations. Following the television interview, I was invited to Taiwan and China to meet with government officials on the role of ‘civil society’ in addressing other social issues (including natural disasters). Thus, began my work to support ‘‘civil society’’ thought and practice in China.

At the time of the Sichuan earthquake, I was invited by the Cambodian government and a major ‘civil society’ organization in Cambodia to give the keynote address at a conference of lawyers from Southeast Asia. I was also asked to mediate between ‘civil society’ and government officials on changes to laws governing the operation and work of charitable organizations (primarily international organizations with operations in Cambodia). The Board of the International Committee of Fundraising Organizations (ICFO), of which I was then President, decided to send me to Taipei, Beijing, and Phnom Penh to address ‘civil society’ issues in each of these places. Little did I know what lay ahead!

It may come as a surprise to some, but the Chinese Constitution contains articles on rights of private property ownership, on citizens voting and standing for election (regardless of ethnicity), and, crucially, also on freedom(s) of speech, the press, assembly, association, procession, demonstration and religion (i.e. normal religious activity/-ies). However, unlike the US Constitution (and many other constitutions), the Chinese Constitution is not self-executing. Chapter II of the Chinese Constitution is entitled ‘THE FUNDAMENTAL RIGHTS AND DUTIES OF CITIZENS’, and Article 33 states: ‘The State respects and preserves human rights.’ But note, because the PRC Constitution is not self-executing, these rights and freedoms must be implemented by statutes or regulations. In other words, ‘rights’ and/or ‘freedoms’ cannot be asserted for the first time when there appears to be a conflict between the activities of people and the government, or Chinese Communist Party (CCP). The State has the power to determine when and if a law can be, or is, applied. This is a major point debate and dispute in China’s relationship to the international community.

The history of China’s relationship to the global community was and is complex. When President Richard Nixon (1913-94; Pres. 1969-74) and Secretary of State Henry Kissinger (b. 1923) visited China in February 1972, a new chapter in US-China relations began. The hope was that China’s engagement with the US (and thereby the rest of the world) would encourage China to be more ‘democratic’; certainly more so than during the ‘Cultural Revolution’ (1966-76) and under the leadership of Chairman Mao Zedong (1893-1976), and the so-called ‘Gang of Four’. China was (after 21 votes!) admitted to the United Nations in 1971. In 1980 she was granted conditional ‘Most Favored Nation’ status by the US: after prolonged debate, this was made permanent in December 2001. In the same year, China was admitted to the World Trade Organization. To many, China continues to have an ambivalent attitude to the ‘rule of law’, its society anything but ‘civil’.

During my visit to Taiwan in 2009 – and really before that, when I was in Berlin – members of the Taiwan government and ‘civil society’ seemed to get along well with officials from China and the CCP. They all accepted me as a colleague. We had many fruitful exchanges on ‘civil society’ issues. Since 2008, the Chinese Ministry of Civil Affairs has frequently invited me to Beijing to consult and train government officials and leaders of ‘civil society’ organizations. When I began, I was still an active federal Judge, but I managed to clear my trial docket and hence travelled regularly to China.

When I first arrived in China, I was struck by the ignorance I encountered about the spring ‘democracy’ protests that ended with the 4 June 1989 ‘Tiananmen Square’ massacre. The Chinese government and CCP had clearly blocked reference to the protests in books and school curricula. Over the years, I have become friends with a number of the student leaders of the Tiananmen protest and learned much about what provoked their action and what followed after. They have told harrowing tales of carrying the injured and dying to neighboring hospitals. There was little evidence of an active ‘rule of law’ in Beijing in June 1989 (that is, little sense of there being a system of law which was transparent, independent, robust in remedy and applicable to every citizen equally).

I first visited China at a time of economic freedom, and, indeed, some recognition of (human) ‘rights’, although neither in a form many in the West would recognize or relish. The Nixon-Kissinger visit awakened hopes of greater economic and social freedom. The sense I got in my first visits to China was that these expectations were not unreasonable. Much of the country had been ‘opened up’ under Presidents Jiang Zemin (b. 1926) and Hu Jintao (1942). The PRC economy was flourishing, private ownership growing. Reform was in the air. Hong Kong had been handed back by the UK. I could worship in ‘unregistered’ (house or families) churches: these gatherings were technically illegal but generally ignored by the police (absent complaints from neighbors!). Though a lawyer, I spoke frequently in churches without problem or complaint and developed relationships with pastors. After one of my first visits, I was invited to be a part of the DLA Piper Global Law Firm Representative Office in Beijing and have been based there often since 2012.

During my first visits to Asia in 2009 and 2011, I visited senior government officials in Taipei, Beijing, and Phnom Penh, each country with its own respective problems. While in Taipei, I taught a course in ‘civil society’ at the National Taiwan University, and participated in a conference of ‘civil society’ leaders. Although there were leaders from the Chinese government and CCP at the conference, the term ‘civil society’ per se was not an issue. Shortly after arriving in Beijing in 2011, I was also invited to teach at a small, low-profile seminary. This gave me new insights into the mind and heart of many Chinese.

In early 2012, Mr. Li Ka-Shing, a major philanthropist from Hong Kong, came to Beijing to meet with me. He asked if I would be willing to begin to teach law at Shantou University in Guangdong; focusing particularly on ‘civil society’ and alternative disputes resolution (mediation and arbitration). The university hoped to raise its profile by making these issues major themes in its law curriculum. I agreed to help and thus began a new link to the leadership of the Li Ka-Shing Foundation. Through my work at Shantou University, I was also invited to teach and research on ‘civil society’ at Sun Yat-seng University, Guangzhou. I found increasingly, however, that the idea and expression ‘civil society’ were falling out of favor in public discourse and political circles. Today, the term ‘civil society’ is rarely used in public, although the fundamental concept is still taught to law students.

Over the years, it has been my privilege to lecture at many universities in China (especially in Beijing). In the early years, my lectures were mostly to graduate LLM and undergraduate law students. Audiences could be 500-700 students, plus law and political science faculty. Lectures ran for about 2 hours (with a break mid-session). They were followed by an hour or two for Q & A! Most of my lectures were on ‘civil society’ and on the philosophy of law (from my Christian outlook). I drew on various theories of natural law and natural theology. I often sensed my lectures were monitored by CCP party officials, but never had a problem. I found among the students and faculty an incredible openness to think freely about what the ‘rule of law’ might mean for China and what a ‘faith perspective’ brings to discussion of China’s ‘civil society’.

Over the past 10 years of visiting China (22 x!), the world and China have changed. That is to be expected. The China of today is much different from the world’s hopes and expectations when Secretary Kissinger and President Nixon visited in 1972. But the fact and impact of that visit are not forgotten; indeed, it is memorialized in a special exhibition in the National Museum, Beijing. The changing face of China today warrants the world’s close attention. I will reflect on that change further as I review more recent visits to China in my next ‘Weekly Briefings’. These will cover emerging thought on what the ‘rule of law’ and ‘civil society’ mean in and for China, and look at the potential for conflict surrounding them in China in the future.