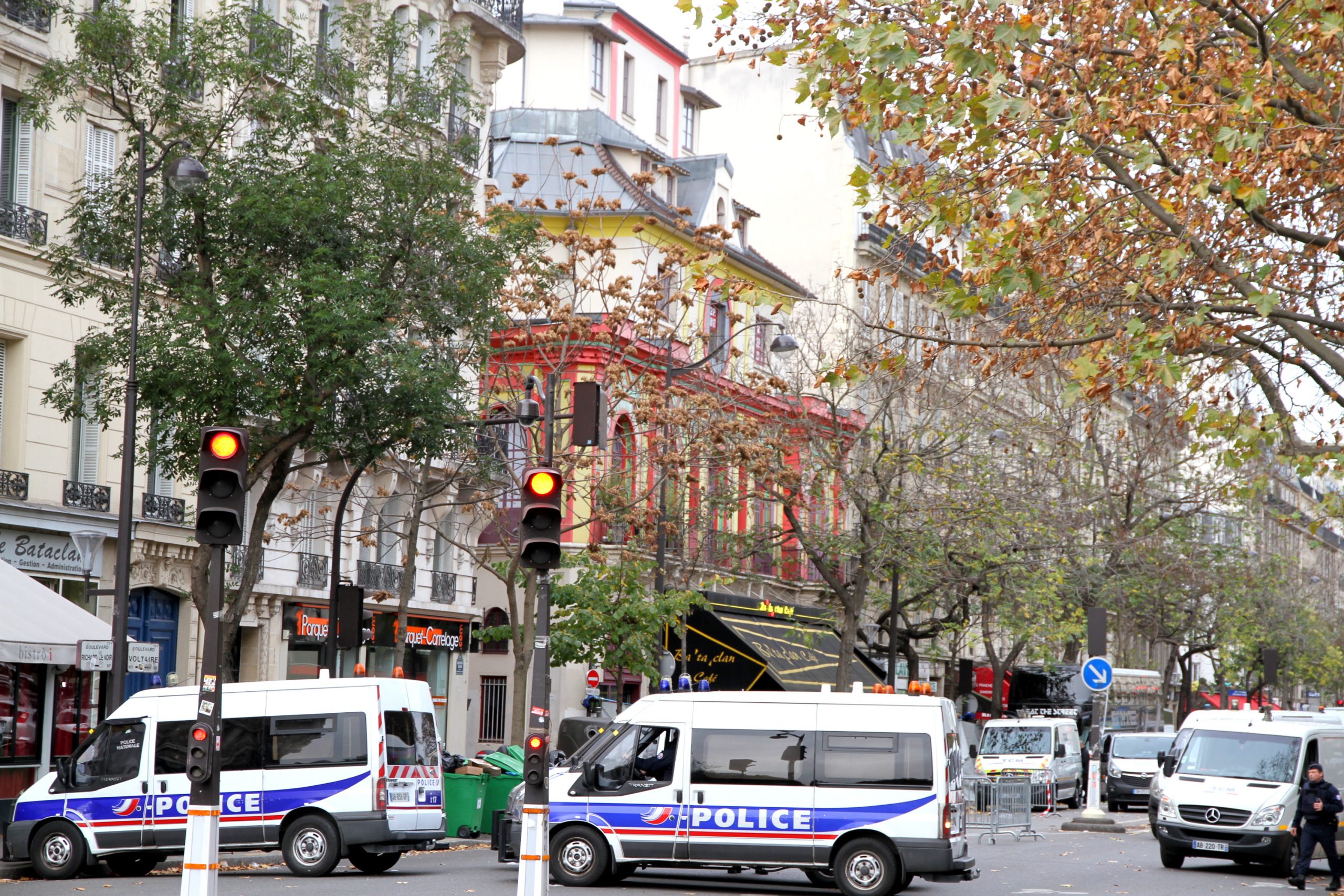 We live in a violent world. On a cold November night five years ago (Friday, 15 November 2015), three simultaneous attacks in Paris claimed the lives of one hundred and thirty French citizens. The perpetrators invoked the name of ‘Allah’ and boasted their spurious Islamic credentials. Ninety died and a hundred were injured while enjoying a rock concert in the Bataclan theatre, others were killed near the Stade de France where France was playing a friendly football match against Germany, others were maimed in attacks on cafés. Less than a year before, a Da’esh-inspired group attacked the offices of the satirical magazine Charlie Hebdo and a Kosher supermarket, claiming another seventeen lives. These attacks were followed by a wave of ‘lone wolf’ atrocities, the worst in 2016 when a 19-tonne truck ploughed through Bastille Day crowds on the Nice seafront killing eighty-six and injuring another four hundred and fifty-eight. Since November 2019, there have been ten attacks in France, some random, some specifically aimed at Christians.

France’s national identity – if not its way of life – are, to many members of its government and citizenry, under threat. Over seventy mosques and their sources of income are now under investigation. In November 2020 President Emmanuel Macron (b. 1977) re-affirmed in a number of speeches that laïcité – a radical, French form of secularism – is the essence of French identity, and that the Muslim community in France must conform to a so-called ‘Charter of Republican values’. But what, we may fairly ask, are these values? And, indeed, does this laicïté compromise religious freedom? Or, perhaps more pointedly, is President Macron’s definition of French identity a solution to the problem of terrorism or a further provocation? These are questions many in our violent world have good reason to ask and considerable interest in hearing answered.

‘Toute ma vie, je me suis fait une certaine idée de la France’ (‘All my life I have held a certain idea of France)’, wrote General Charles de Gaulle (1890-1970) in the opening sentence of his first volume of war memoirs, L’Appel:1940-1942 (ET War Memoires: The Call to Honour, 1954). Invoking his heroic past, the General sought to embody military grandeur. President Macron’s deportment and quest to muster the French around the Republic’s flag in their fight against terrorism, are not, then, without precedent. But, unlike De Gaulle the present President does not have a military past to invoke, any more than British PM Boris Johnson (b. 1964) can reinvent himself as Britain’s iconic leader, Winston Churchill (1874-1965). Macron needs his own idea of France. And he has found it in ‘Republican values’ and ‘laïcité’, in different ways the foundation of post-Revolutionary France and French identity.

At a government interfaith conference a few years ago in Pristina, I gave a generally well-received talk that suggested banning the headscarf, hijab, in State schools was a bad idea. Towards the end of a lunch afterwards, I was told the French Ambassador wanted to speak to me. I was led to her table and harangued on the oppression of Muslim women. According to the Ambassador, Muslim women are ‘oppressed’ by Islam and do not wish to wear the hijab. Laïcité, it was made very clear to me, liberates Muslim women and is France’s, if not every civilized country’s answer to backward religious practices. No ifs or buts, no room for dialogue or nuance. ‘Une certaine ideé de la France’ was voiced in undiplomatic prose! A different emphasis from de Gaulle’s maybe, but a foreshadowing of President Macron’s.

France’s population contains Western Europe’s largest Muslim minority. The Pew Research Foundation estimates 5.7m. Muslims (mainly from N. Africa and the Middle East) reside there; that is, 8.8% of the French population (the CIA claims 7-9%). Of these, ca. 100,000 are converts to Islam. In light of recent events, seventy-six mosques are reported to be facing a rigorous government inspection, with eighteen already due for closure.

The hijab has been the subject of a long running controversy in France. President Jacques Chirac (1932-2019) extended an existing government ban on all wearing of ‘ostentatious religious symbols’ in State schools to every secondary education establishment. This was voted into law quickly in March 2004. In 2010, full length Burqās and face concealing Niqābs, which barely left the eyes visible, were banned from public places. In August 2016, the Mayor of Cannes opened a new beachhead in the French ‘apparel-wars’ with a ban on burkinis (a body covering swimsuit), a ban later upheld by the French Council of State, which also saw them presumably as visually ‘un-Republican’ and symbolic of ideological separatism. Criticism of this later ruling by non-Muslims has to-date been ineffectual.

The French government’s preoccupation with controlling female dress does not to my mind readily admit reasonable distinctions. After all, the face is central to human communication, and not just a security concern! In this sense, unlike the hijab, the niqāb and burkā that seek to at least seclude, if not to exclude, women, might reasonably be considered ‘anti-social’ or a challenge to French values. They are a more obvious form of cultural ‘separatism’ than an expression of modesty and dignity. What’s more, as France’s adoptive Lithuanian Jewish philosopher of ethics, Emmanuel Levinas (1906-1995), a champion of dialogue, would be keen to point out, ethical relationships are located symbolically in ‘face-to-face’ encounters.

To my mind, the major problem with President Macron’s approach is that it isn’t evidence based. Let me suggest three points we should keep in mind.

First, ‘separatism’ is seen in each of the Abrahamic religions. Alongside Salafis, we should list the distinctively dressed Dutch-American Amish and the Orthodox Jewish Haredi. Such physical and visual ‘separatism’ is a physical response to a world that is seen to be sinful and morally polluting. Crucially, again like the Amish and Haredi, most Salafis are peace-loving. If a minority are attracted to terrorism, a comparable number have been de-radicalised. We should not forget, too, that some of the first assassinations by Boko Haram in NE Nigeria were of Salafi scholars, whose peaceable reason was deemed dangerous by the jihadists.

Second, recruitment to jihadism in France occurs mainly through family and friends, or through neighbours in the same banlieues or small towns. Again, if the UK is anything to go by, perhaps 40% of recruits have suffered some form of mental illness. With often little authentic Qur’anic understanding, they are easily misled. Crime and violence are legitimized in a ‘glorious’ and manipulative martyrology. The susceptible are recruited by social media, and by emotive, militaristic videos and Qur’anic texts quoted out of context.

Third, unlike their French counterparts, most UK Muslims trace their roots to the Indian sub-continent. Britain’s approach to cultural difference and multiculturalism, have been more inclusive and less doctrinaire than France’s. This has produced its own kind/s of tragedy and failure. The Manchester Arena attack by an Islamist extremist suicide bomber on 22 May 2017, in which twenty-two, mostly young, people died, still shocks the country. Pain at home and abroad is shared. Theoretical multi-culturalism isn’t a simple panacea. Careless social divisions like unthinking tolerance are dangerous. However, because British practices are not deduced from rigid ideological principles, they perhaps encourage dispassionate evaluation and correction. In contrast, if French religious terrorism is in any way linked to laïcité we may justly wonder if it will be cured by imposing more of the same.