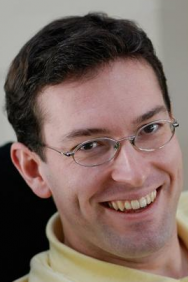 Benedict Rogers is a human rights activist and writer based in London. He is the co-founder and Chief Executive of Hong Kong Watch, Senior Analyst for East Asia at the international human rights organisation CSW, and co-founder and Deputy Chair of the UK Conservative Party Human Rights Commission. He is also a member of the advisory group of the Inter-Parliamentary Alliance on China (IPAC), an advisor to the World Uyghur Congress and the Stop Uyghur Genocide Campaign, and a trustee of Hong Kong ARC and the China Democracy Foundation. He is also a trustee of the Phan Foundation and the Chin Human Rights Organisation. He is the author of six books and a regular speaker and contributor to international media, specialising in China, Hong Kong, Burma/Myanmar, Indonesia and North Korea. He has an MA in China Studies from the School of Oriental and African Studies (SOAS) in London, and has lived and worked in China, Hong Kong, Timor-Leste and Washington, DC. He has testified in the UK Parliament, the European Parliament, the US Congress, the Japanese Parliament and the UN and speaks at conferences around the world. He is based in London.