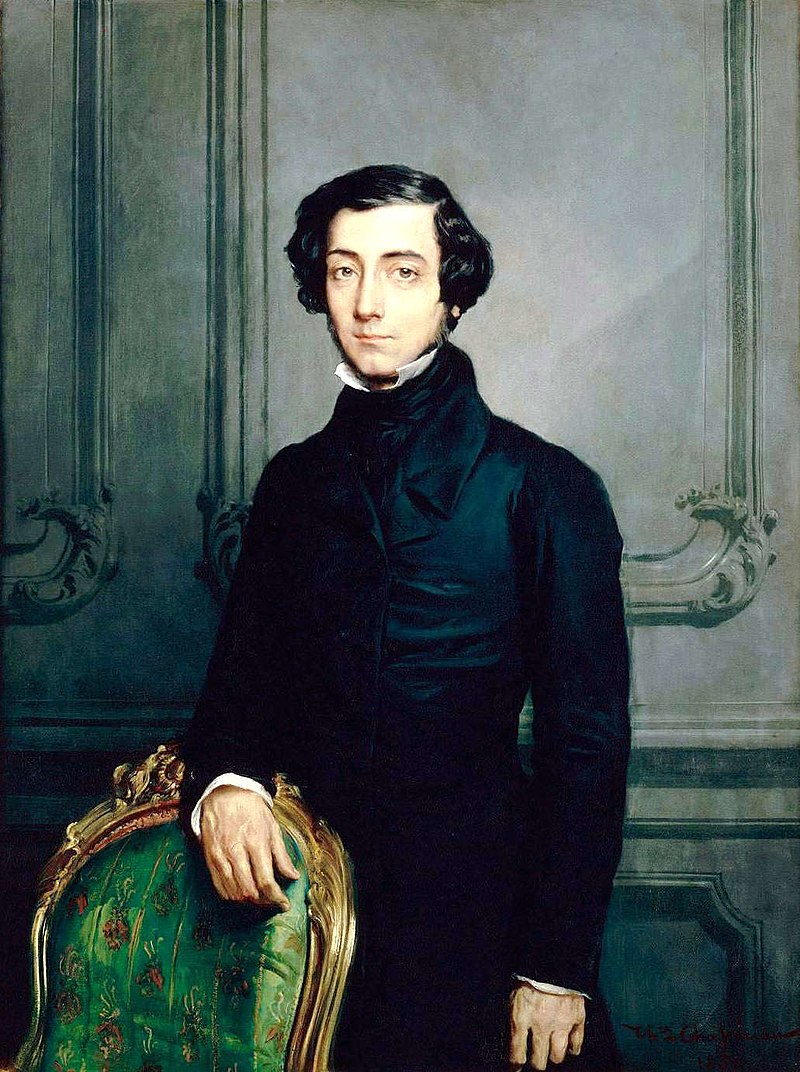 As a lawyer, I am very aware that false assumptions and terminological confusion surround the terms ‘rule of law’ and ‘civil society’. We need to be clear what they mean. I have lectured on them often, not least at conferences a decade or so ago in Milan (sponsored by the Instituto Italiano della Donazione) and Amsterdam (for the International Committee on Fundraising Organizations). My failure to explain these terms in my last OH Weekly Briefing (18 November 2020) may not have reduced confusion or corrected false assumptions! I hope this Briefing helps; as I look at how China has over the last twenty years or so grappled with the issue of ‘civil society’, specifically nongovernment organizations, or ‘public benefit voluntary associations’ in the so-called (charitable) ‘third sector’. Political change in PRC in the last decade is mirrored in its attitude towards and action to control ‘civil society’.

Though not inventing the term, French historian and philosopher Alexis de Tocqueville (1805-59) did much to popularize and promote the concept ‘civil society’. In light of his work, its advocates today traditionally mean (and seek) the limitation of, or accountability of government to, new, expanding (‘free’) markets and individual liberties. A dynamic ‘civil society’ is, it is argued, the best and most viable alternative to the abuse of power and tyranny of state-run businesses. In other words, ‘civil society’ is foundational to democracy and liberty. How, then, does authoritarian China view – let alone promote – ‘civil society’? It is question I have often asked and worked with Chinese scholars and officials to try and answer.

Come back to Tocqueville, who saw two basic elements in, and roles for, ‘civil society’. The first as a means to address (creatively and peaceably) society’s collective problems. As he wrote: ‘Among democratic nations all citizens are independent and weak; they can achieve almost nothing by themselves and none of them can force his fellows to help him.’ ‘Civil society’, then, enhances the collective will and a capacity for flourishing. This role is well-known and widely respected today. The second function Tocqueville envisaged for ‘civil society’ is less familiar, if not willfully ignored, viz. ; to draw individuals consciously and unconsciously away from self-interest to public awareness and pursuit of the ‘common good’. A link between ‘civil society’ and ‘charitable’ altruism is clear here. ‘Civil society’ fosters mutually beneficial altruism: that is Tocqueville’s lingering legacy.

As I said in my talks in Milan and Amsterdam, Tocqueville visited America in 1831 (to study its penal system). When there, he was struck by the prominence of religion in American society. Religious institutions, he recalled in his Democracy in America (2 vols, 1835, 1840) inspired its civic spirit and moral consciousness; without which, he was clear, this new democracy would not, and could not, function and flourish. These ‘free associations’ acted for him as health-giving intermediate institutions between private citizens and State power. Roll on two centuries and America – indeed, much of the West – is far more secular and religiously diverse than in Tocqueville’s day, but the civic and moral potency of religious affiliations still exerts a wholesome influence on public mores and private (charitable) activity. The decline in institutional religion we see today has not eviscerated ‘civil society’; indeed, quite the reverse. As Tocqueville saw, intermediate institutions of every kind, in which citizens realize and express their freedom and sense of common humanity, continue to inspire ‘civil society’ worldwide; and this, as Tocqueville recognised, regardless of the competence or constitutionality of a particular regime. For free association was, for him, a far more reliable agent of social harmony and human flourishing than any ruling party or appointed ruler. Autocrats beware!

Drilling down into the concept and diverse activity of ‘civil society’, the so-called ‘civil society argument’ (in reality, a set of arguments) depends on what American sociologist Robert Bellah (1927-2013) popularized in his eponymous book Habits of the Heart (ed. 1985). Borrowing a phrase first employed by Tocqueville, Bellah and his fellow authors addressed (as the book’s sub-title reveals) the relation between ‘individualism’ and ‘commitment’ in modern America. That is, the key role the individual plays in shaping the character of a society. As commentators note, social stability and civic harmony build on a complex set of societal associations and, crucially, on the ‘habits of the heart’ of each citizen. As Bellah and his team record, these ‘habits’ (qua values, goals, morals and purposes) act to shape society, political thought and government policy profoundly. China in the late-20th century and early 21st century owned this principle and actively engaged in all manner of educational and cultural schemes to shape wholesome public values and principled ‘habits’. But much has changed since ca. 2010, with public values now sourced from government and private motivation subsumed into an oppressive, new, civic patriotism.

In the early 2000s, I found myself linked to two impressive Centres for Civil Society, one at the London School of Economics, the other in Berlin. Publicity from the LSE’s Centre offered and offers a valuable exposition of ‘civil society’:

Civil Society refers to the arena of uncoerced collective action around shared interests, purposes, and values. Its institutional forms are distinct from those of the states, family, and market, though in practice, the boundaries between state, civil society, family, and markets are often complex, blurred, and negotiated.

The Berlin Center for Civil Society accepted a similar definition. My link with these institutions led to my joining a conference on civil society in Taiwan. This was soon after the dreadful 2008 ‘Great Earthquake in Sichuan Province’ (as China calls it). Most of the attendees at the conference were from Taiwan; others came from across SE Asia and Mainland China. The Chinese delegates were government officials or leaders in the National Foundation movement (to promote ‘civil society’ thinking and work). To that point, ‘civil society’ initiatives in N. America and Europe were not paralleled in Asia. Looking back, the scale of charitable giving from across China in support of victims of the Sichuan earthquake kick-started the PRC government’s sense that ‘civil society’ might enrich (in every way) Chinese society, and with this their awareness that new laws to regulate ‘third sector’ bodies and their finances were required. To my surprise and delight, I was drawn into the theoretical and practical implementation of PRC government initiatives in this area. For a while, China seemed to be genuinely changing; if so, the change proved to be short-lived.

Over the next few years, I became more involved in the ‘Civil society movement’, as it was called in China, meeting at various times with the Minister of Civil Affairs and his Deputy Minister for Charity, and the Director of the Civil Society Registration and Data Department. This led to consultations at the Ministry and to involvement in staff training, as well as more general training for actors in the ‘third sector’. I also found myself at that time invited to Phnom Penh to work on a new Cambodian ‘Law on Associations and Non-Government Organizations’. This wasn’t easy! As in PRC, ‘civil society’ thought and action (potentially at least) pitted the ‘third sector’ against the government; in that is against the intimidatingly named Royal Government of Cambodia!

But the work in China continued. On subsequent visits I was asked to lecture at Peking, Tsinghua, Beijing Normal and Sun-Yat Sen universities, which had centers and programs focused on ‘civil society’. Looking back, I count myself privileged to have gotten to know leaders of ‘civil society’ thinking in China as colleagues and very dear friends.

Life has changed in China since then. In my third year of visits, after Xi Jinping had become President and Party Secretary (2012), discussion of ‘civil society’ became more muted and cautious. Much uncertainty surrounded the future of ‘civil society’ and ‘the rule of law’. When I later gathered with my Chinese friends (including the CEO of the largest ‘civil society’ organization) at a conference hosted by Indiana and Purdue University, discussion was friendly but more circumspect. In time, the term ‘civil society’ fell out of favour, old Centers for Civil Society became new Schools of Philanthropy, the China Development Brief became China NGO News, narrower in scope, less focused on ‘civil society’ issues. In 2016, the PRC government passed a new Charity Law, which sanctioned charitable activity (subject to strict regulation) but without a coherent legal framework. Charitable organizations and foundations were transformed into arms of the CCP. Today the ‘third sector’ continues but with weak regulation and accountability. Government oversight increased in 2016 when the National People’s Congress enacted a new Foreign NGO Law. From 1 January 2017, foreign NGOs (previously under the Ministry of Civil Affairs) were assigned to the Ministry of Public Security. National-international partnerships between NGOs became suspect. Foreign NGOs have been reluctant to accede to this new status quo.

Two final thoughts. I have pondered for many years whether Chinese society, with its historic Confucian DNA, is constitutionally incapable of grasping or building a ‘civil society’. Put another way, whether a life centered (as in classical Confucianism) on one’s family, societal obligations, and respect for seniors, eviscerated altruism. My sad conclusion is that even if a sense of obligation extended (and extends) to a person’s community or region, it did not (and does not) reach much beyond these. Unlike the America Tocqueville visited, China past and present has few intermediate institutions between the individual and a central government. ‘Civil society’ was and is a new concept; powerful maybe, but a threat to a country ill-attuned to individual freedoms and the ‘rule of law’. The only counter narrative to this I am aware of is the Chinese China, and the tradition of Christian mission that introduced, in effective philanthropic ways, the radically altruistic ‘Love Command’ of Jesus (agape love), to love God and neighbor ‘as oneself’ (Mark 12.30-31). As many leading scholars in China know, here was a system of thought and action that exposed the weakness of China’s cultural heritage and its fiercely constrained Confucian ethic.

Second, mindful of discussion of ‘civil society’ in China at the start of this century, Tocqueville offers some cautionary wisdom. Aware that his native France was in the process of developing a centralized Republican state and a codified system of law, while many of its citizens lived for pleasure and self, Tocqueville accorded the state a directive, moral mandate, but admitted this risked neutralizing motivation and reducing a sense of personal responsibility. He writes,

After having taken each individual in this fashion by turns, into its powerful hands, and having kneaded him in accord with his desires, the sovereign extends its arms around society as a whole. It covers the surface with a network of petty regulations – complicated, minute, and uniform – through which even the most original minds and the most original souls know how to make their way past the crowd and emerge into the light of day. It does not break wills; it softens them, bends them and directs them. Rarely does it force one to act, but it constantly opposes itself to one’s acting on his own. It does not destroy, it prevents things from being born, it extinguishes, it stupefies, and finally, it will reduce each nation to nothing more than a herd of timid, industrious animals of which the government is the shepherd.

As Tocqueville saw, a wrong dependence on government for life’s every need, strips society of its wholesome, historic vocation to stimulate care, encourage mutual support, and celebrate the sustaining benefits of family, community and local action. The annual ‘Index of Dependence Upon Government’ in the US does not set out to measure the decay of ‘civil society’, but in recent years it shows a decline in support for NGOs and erosion of ‘third sector’ support. Before Western powers point the finger at China for failing to promote ‘civil society’, they should, perhaps, take a closer look at themselves.