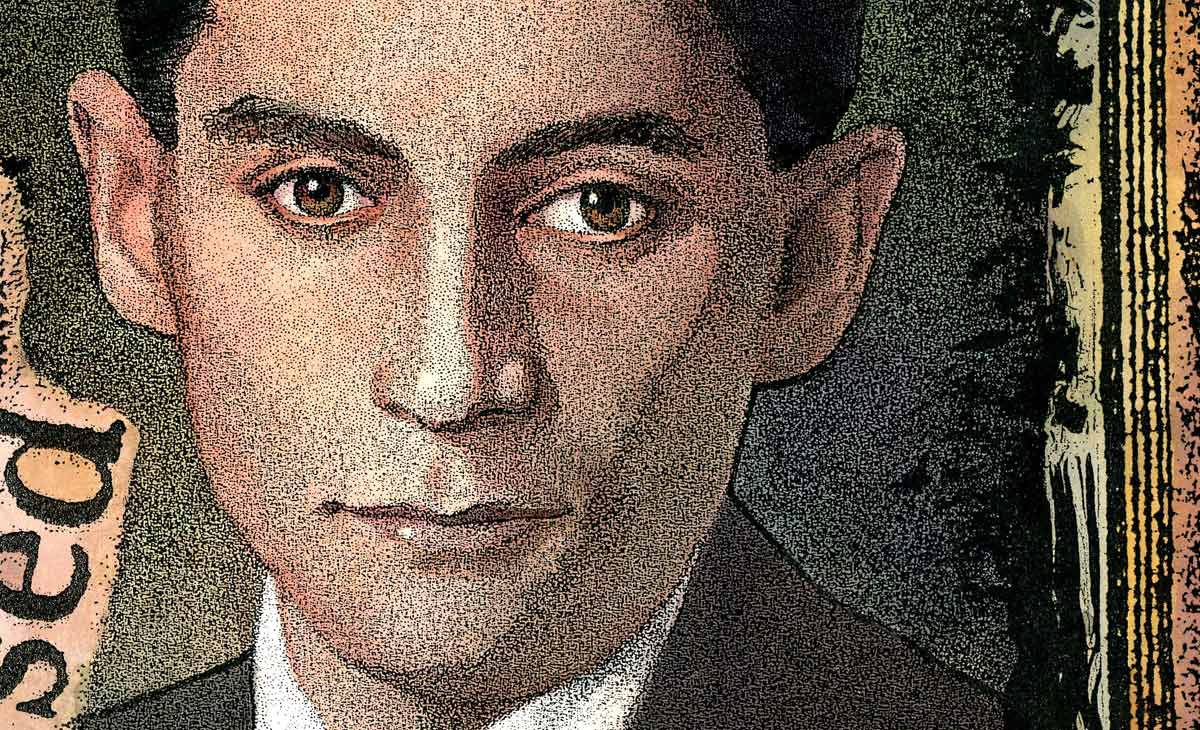 About five years ago, people I knew in China started to disappear. I had heard of this happening in other parts of the world, but never seen it first-hand. 2017 was the 500th anniversary of monk-theologian Martin Luther’s (1483-1546) dramatic nailing of ’95 Theses’ on a church door in Wittenberg, Germany, which many see as the start of the Protestant Reformation. Law – a right view of law in society and the church – stirred Luther’s soul in world-changing ways. It is my theme here.

In October 2017, after time teaching in Beijing and working at the law firm DLA Piper, I was booked to fly on to Jakarta, Indonesia, to speak at a conference celebrating the Reformation. My travelling companions were a group of Chinese pastors. They never made it. Chinese state security prevented them leaving. Fifty or so other pastors were similarly detained at airports across the country. This was not the first time I had seen strong arm tactics by the authorities. Over the years of my regular stints teaching in China, I knew, or knew of, quite a few businessmen and philanthropists who disappeared, never to reappear or be brought to trial. Businesses closed: employees sent packing. China today is not above such brutality. The law, as we know it, does not seem to apply here. As Luther knew, law needs a divine referent to have any chance of remaining coherent and relevant.

When news of pastors being detained en route to Jakarta reached me in Beijing, university colleagues and friends at DLA Piper advised me not to leave China. They feared my entry visa might be revoked and I would be unable to return to my apartment and teaching in Beijing. I remember that night in October 2017 clearly. In the event, at around midnight I did go to check in at Beijing International Airport. Several pastors were ahead of me in the queue. They were questioned and then, like others across China, detained. I had seen enough. I left the airport and was driven back to downtown Beijing. A tragic pattern of questioning, detention and summary trial has become increasingly common over the years I have taught in China. One friend was held for four years in an undisclosed location: his wife held somewhere else. He was seen, I was told, at a short trial and sentenced to nine years in prison.

During the pandemic, I have kept in touch with my Chinese colleagues, taught a bit online, and mentored students. One of the PhD students, at China University of Political Science and Law, that I keep a particular eye on, is studying legal history and literature. I was introduced to him by a lawyer friend in Beijing. My student found himself drawn to the writings of the Bohemian novelist Franz Kafka (1883-1924), particularly his novel The Trial (Germ. Der Prozess, 1914-15). He and I, as you will discover below, have published an article on it in 2021, ‘An Interpretation of Paradoxical Literary Techniques in Kafka’s The Trial [Der Prozess]’. As I hope you will agree, literature can speak into and out of the human condition in incredibly powerful ways – more powerful even than law!

The reason I found myself drawn into co-authoring my student’s work on Kafka is that publication of an article with a professor is a condition of being awarded a PhD. What began as a statutory duty turned into an invigorating journey, supported throughout by the law faculty at his university. We worked on the paper together for six months. It is published in the bilingual Chinese-English Journal of Cross-Cultural Thinkers.

The Trial is one of Kafka’s best-known and most representative works. The shadow of Russian novelist Fyodor Dostoevski’s (1821-81) Crime and Punisment 1866) and The Brothers Karamazov (1880) falls heavily across the text. Though written (and never finished) in the early years of World War I, the work was in the end published posthumously in April 1925. To understand the novel, my student and I read it in various Chinese and English translations. Neither of us could, very sadly, manage the original German. However, my experience of Chinese translations of major works led me to urge my student to watch out for interpretative changes in the Chinese version. I first saw this in a Chinese translation of US Associate Supreme Court Justice Benjamin Cardozo’s (1870-1938; ASCJ 1932-38) The Nature of the Judicial Process (1921): the original, Chinese reading friends pointed out to me, had clearly been tampered with, or at least creatively re-translated! ‘Judicial process’, it seems, could not pass Chinese censors without close, adaptive, scrutiny.

Kafka’s writing typically features isolated protagonists facing surreal predicaments and incomprehensible socio-political bureaucracy. He studies alienation, angst, guilt, and the ‘absurdity’ of life. He fuses realism and fantasy extraordinarily creatively. Despite the proliferation of interpretations of the real meaning of The Trial, it is clear (as in Dostoevski) he wants the reader to share his journey into metaphysical depths beyond the everyday. His prolific Jewish friend, biographer and literary executor, Max Brod (1884-1968) – who thankfully disobeyed Kafka’s instruction to burn his unpublished works on his death! – proposed a consistently theological interpretation of The Trial as evoking the mysterious workings and strange justice of God. This may not be an attractive theory for secular Western minds, more inclined to see the work as a commentary on ‘divine absence’ in the face of suffering (pace the character Josef F’s existential angst) than a humble admission that humans simply do not, and cannot, comprehend the mind and ‘works’ of the Almighty.

Kafka’s The Trial is strangely redolent of my experience that never-to-be-forgotten night with my pastor friends in Beijing. In the book, two unknown agents from an unidentified agency arrest Josef K as he wakes one day. At the time, he is a senior bank official. We are not told who issued the order for his arrest; indeed, there are no other named characters in the book, and such as there are exist only as reference points for Josef K’s story. Uni-dimensional agents of the state – and, indeed, the sitting magistrate – have no information on Josef K’s identity or his purported crime. Apart from his court appearance, he is free to go about his business as usual without detention. However, the state executioner, who also knows of no crime Josef K has committed, senselessly fulfils his orders to execute him. A punishment without a crime: the kind of issue Dostoevski loved – no, hated! – to contemplate.

We have pointed to Kafka’s awareness of Dostoevski. Behind his writing we also find evidence of his familiarity with the work of the English and French philosophers and social theorists Thomas Hobbes (1588-1679) and Jean-Jacques Rousseau (1712-78), and the German philosophers Johann Gottlieb Fichte (1762-1814) and Friedrich Nietzsche (1844-1900). Nietzsche’s Thus Spoke Zarathustra (4 pts, 1883-1892) and The Genealogy of Morality (1887) are particularly important for Kafka. One of Nietzsche’s consistent claims is that God is ‘dead’, and, associated with this, that metaphysical, philosophical systems are also therefore fictitious. Put simply, for Nietzsche, when it comes to life and death, ‘What you see is what you get.’ Kafka internalized this and reconfigured it as a narrative conflict between the (vulnerable and confused) individual and the (faceless and oppressive) state. Kafka turns philosophy and social theory into story, and a painful story at that.

The term ‘Kafka-esque’ is often used to describe concepts and situations reminiscent of Kafka’s work; particularly, as in The Trial (and concept of three metamorphoses), where a faceless, soulless, oppressive bureaucracy overpowers a person, leaving them senseless, disorientated, and alone. Other late-19th and 20th century ‘existentialist’ literature addresses similar themes. Indeed, nowadays Kafka-esque is used in other spheres of art and literature – and, of course, resonates with those real-life situations we find ourselves in that are in their own way apparently incomprehensible, bizarre and illogical.

Few of Kafka’s works were published during his lifetime. A few short stories appeared in literary magazines, but they attracted little attention. Perhaps that’s why Brod was instructed to destroy what was left! But let’s be honest, as many Kafka scholars have pointed out, his works elude easy explanation and accessible interpretation. Interpretations of The Trial abound. Some scholars have looked for an influence from Kafka’s own legal training and the role of law in literature more generally. Either way, he paints a negative picture of legal systems as oppressive and inhumane. Hidden forces – which the law serves – control peoples’ lives, he seems to be saying; and, in this complex system, many suffer as innocent victims.

Another path Kafka interpreters follow is more obviously biographical. They point to his childhood and home life in which he knew little love from his selfish, violent, overbearing father; two of his six siblings died before he was six; and three of his sisters were murdered in the Nazi Holocaust. Little wonder, perhaps, he saw life as grotesque and inexplicable. Here he was, a German-speaking Jew in Prague (then the capital of Bohemia), aware of Yiddish life and literature (but feeling increasingly distanced from it), seeing a world full of time-honored faith traditions eviscerated by politics, pride and prejudice. Unsurprisingly, perhaps, he became an atheist in his teens. To one scholar, The Trial is the embodiment of three aspects of Kafka’s Jewish life in Prague: hence, Josef K falls foul of German municipal authority, a Czech culinary expert, and a Jewish literary scholar. As troublingly, his is the tragedy of ‘guiltless guilt’ in dark, absurdly realist, literary form with allusive, existentialist ideas embedded in long Germanic sentences. No wonder it can make the head spin!

My Chinese student’s approach to Kafka is through the concept of ‘paradox’, which features prominently in The Trial. It is an interesting and creative angle to pursue. He argues that Kafka’s view and use of paradox are not merely about external contradiction/s but ‘an important means to reveal the absurdity and tragedy of the world’. Further light is shed on this by Kafka’s parable ‘Before the Law’ (1915 & 1919), which he published separately and as part of The Trial. Crucially, the law is central throughout; only, in The Trial Josef K dies without sentencing, whereas in ‘Before the Law’ the victim dies after sentencing. In both cases, the strong arm of the law executes a strange kind of justice. Collaboration raised important literary and legal questions for the student and the professor. Luther would have been delighted!

I want to end by drilling down into the application of some of this to life and law today, especially in Xi Jinping’s reinvigorated, communist China. Let’s be clear, first: wherever we live, there will often be tension between the state and the individual. Of course, an appeal to ‘Human Rights’ or the constitutional freedom of individual citizens can change the character and mitigate the impact of that tension, but tension there is. States stop us doing anything and everything we may willfully want. That’s part of their job. Without law, liberty degenerates into unregulated license in which more people suffer more adversity of every kind. Kafka’s Bohemian Jewish heritage, legal training, and fascination with existentialist themes, led him to explore this strange (to some people) societal paradox: we become more absurd, and life is more meaningless, without the shape, depth and meaning laws afford. My Chinese pastor friends that night in October 2017 may have felt like Josef K, but not because they are not committed to law per se. Far from it, as the Chinese authorities today sadly fail to recognize. For the privilege of thinking this through with my fine PhD student, and the lawyer friend who introduced us, I am deeply grateful – as I am for Martin Luther.