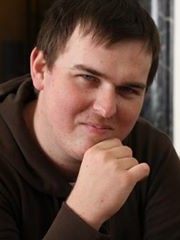 Tomasz Sleziak is a postdoctoral scholar in Korean studies and posthumanism at Ruhr-University Bochum, conducting under Korea Foundation’s Postdoctoral Fellowship a research on Confucian socio-legal discourse throughout Korean history, as well as its placement within the global discourse on posthumanism, transhumanism and nonhumanism. He completed his PhD at London’s SOAS after having achieved his Master’s Degree at Adam Mickiewicz University in Poznan, Poland jointly with research in Seoul at the Hankuk University of Foreign Studies, later studying primary resources at the Academy of Korean Studies in Seoul under a Graduate Fellowship. He was a recipient of Swiss Government ESKAS Research Scholarship at the University of Zürich; additionally, he conducted studies on Joseon-era legal data at the Harvard-Yenching Institute supported by the Library Travel Grant. So far he has published multiple papers on the role of Confucian tradition in South Korea, with the upcoming one focusing on the placement of animals within Korean Confucianism. He has created and led Korean Studies panels across numerous conventions and conferences in Europe, Asia, North America and Australia. He is also a freelance translator and tutor of Korean, English and Polish languages. Overall, his main topical field is the influence of traditional Confucian thought on social superstructure, legal codes and humanistic trends in Korean Peninsula and Sinophone cultural sphere.